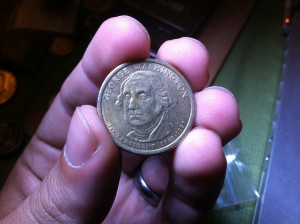 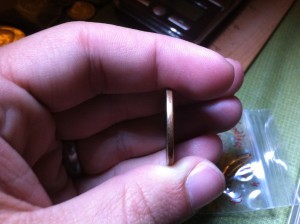 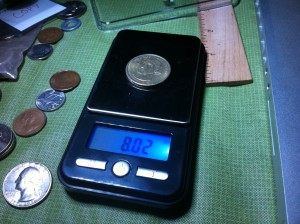 So you may remember a while back about the story of the so-called “Godless Dollars” where some of the early Presidential dollar coins missed the machine that added the edge-lettering, which in turn left them devoid of “In God We Trust.” The media fiasco was enough that the Mint moved “In God We Trust” to the face of Presidential Dollars from that point on to avoid such accidents in the future.

Well, I just found one searching through some $1 coin rolls, and it’s genuine. It’s not a so-called “Buffy” dollar (i.e. a fake “Godless Dollar” where some enterprising idiot took a dremmel to the edge of the coin to buff off the edge lettering) as it’s weight is completely to spec and the edge is rough in the manner it should be. 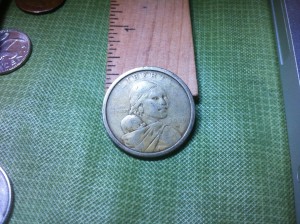 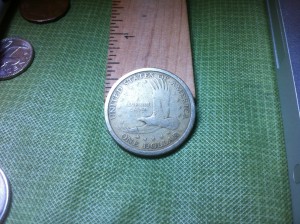 From the same box of coins I also pulled my first contemporary counterfeit that I’ve found in the wild: A 2000-D Sacagawea dollar. The strike is horrid in odd spots, it’s not worn properly, and it’s almost a half-gram underweight. My guess is that it’s one of the infamous South American counterfeits (from either Ecuador or Colombia) as there were more enterprising individuals who produced several large stashes of fakes due to the fact that dollar coins circulate widely there. 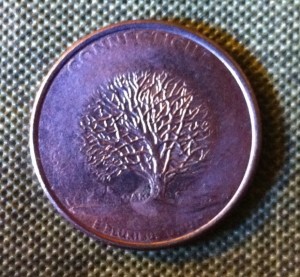 Came across this going through a cigar box of State Quarters.

This Connecticut issue seems to have a much younger Charter Oak on its reverse due to a really — excusing the pun — striking example of what a bit of grease will do to a die (a.k.a. “struck through grease”). 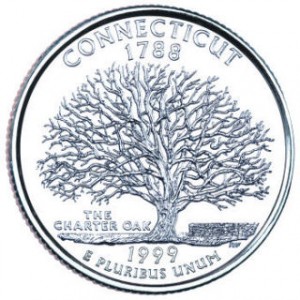 Above is how it normally looks. 🙂