Since my eldest daughter has come down with a cold, and the rest of us are fighting not to get sick, our planned mushroom hunt after last night’s heavy rain was greatly abbreviated.

Here are the mushrooms of note from our hike: 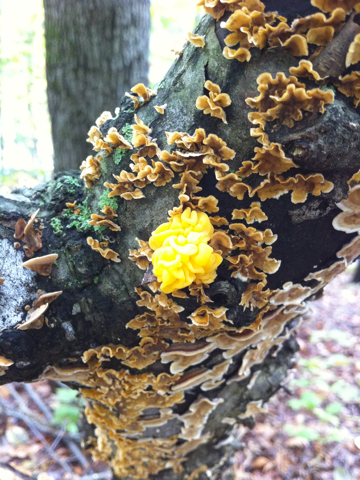 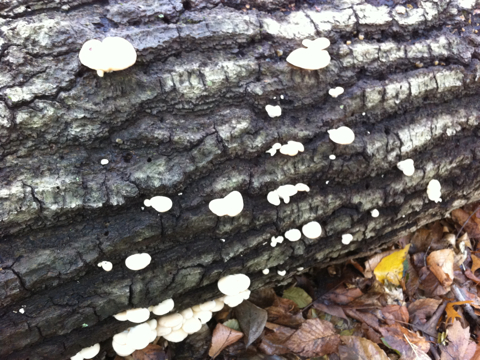 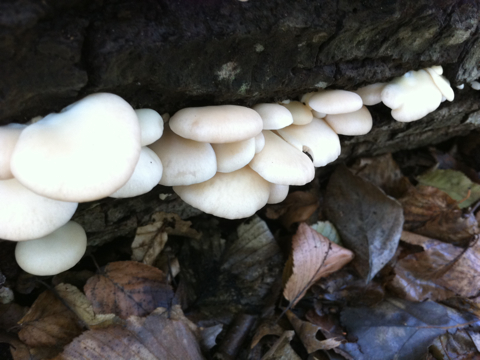 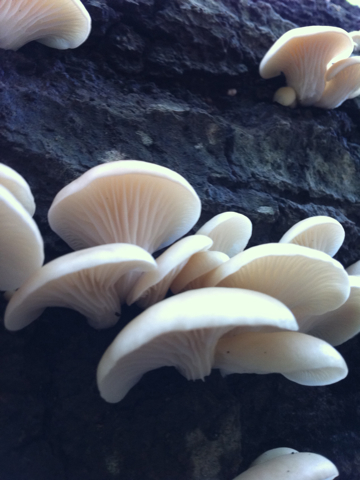 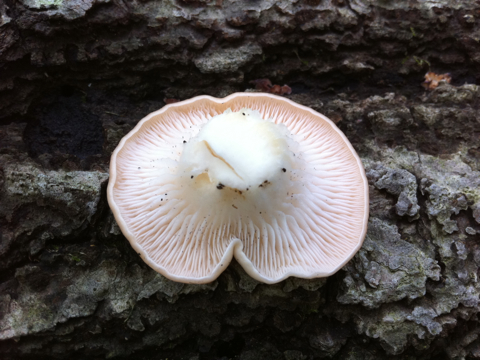 Tomorrow, if we’re feeling up to it, we may be back to pick the rest when they mature. These guys were the so called “true” oysters as their sporeprint came back a very very faint lilac. 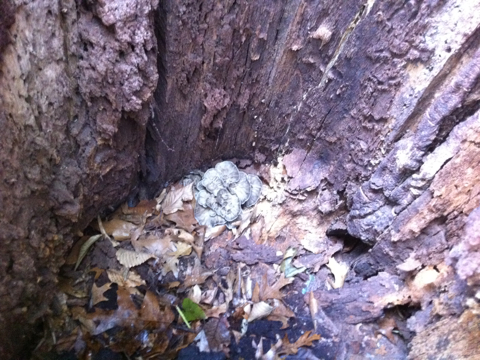 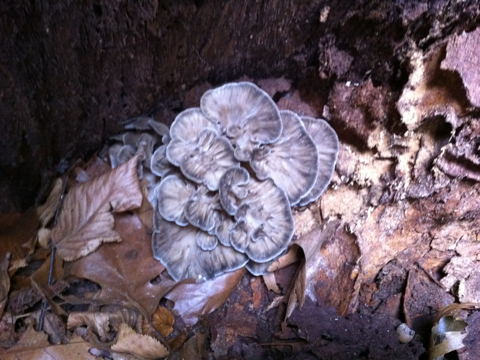 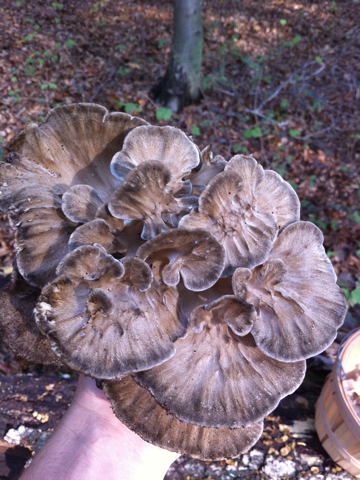 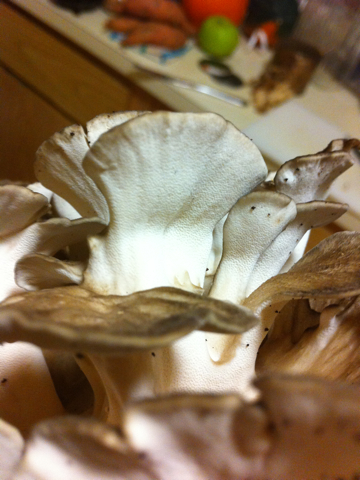 We found a *very* pleasant surprise when my wife looked into the standing, hollowed out trunk of the tree the Oysters were growing on and came upon a *perfect* specimen of Hen of the Woods (Grifola frondosa). 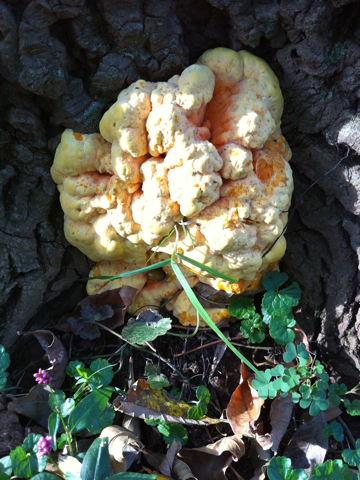 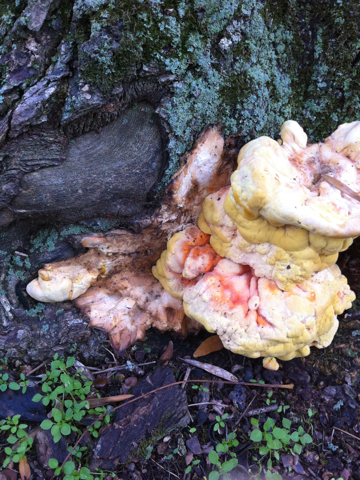 There were also two Chicken of the Woods (Laetiporus sulphureus variety) growing in Johnson Park.

The latter one was a second bloom,  growing from a place we harvested earlier in the season.

Also, a number of other types of mushrooms we came across that I do not have pictures of (as I simply haven’t had the time to upload them yet) were a bunch of forest Marasmius, a stick full of Jelly Ears (Auricularia auricula-judae), one Deer Mushroom (Pluteus cervinis) and a half-dozen Meadow Mushrooms (Agaricus campestris). Out of all of those, we only picked the Meadows.

It was all worth it in the end. For dinner we had bacon, rarebit and Chicken of the Woods sandwiches on fresh home-made whole wheat bread.

That meal embodied the taste of Fall for me. 🙂