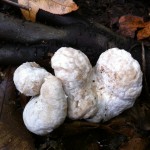 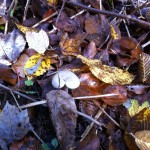 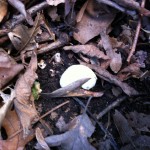 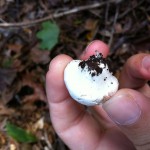 It’s not a puffball, but it was growing by itself. No clue what this could be.

The closest thing it seems it might resemble is the shape and texture of an Aborted Entoloma, but there’s no way to test that now as the specimen was lost during transport. Either case it seems unlikely.