After the first downpour in a month, we hit the Heylar Woods at Rutgers Gardens and after some bushwhacking came across a number of beautiful specimens.

A large cluster of Chicken of the Woods (L. sulphureus) that was being enjoyed by a mass of insects.

Lots of polypores of various sorts, including a rather maze-gilled mushroom I have never seen before. (Still identifying it.)

Later on in the day, we found a pristine Chicken of the Woods (another L. sulphureus) over in Johnson Park growing on a stump.

Now both the Beefsteak and the latter Chicken are awaiting their fate in our fridge. 🙂 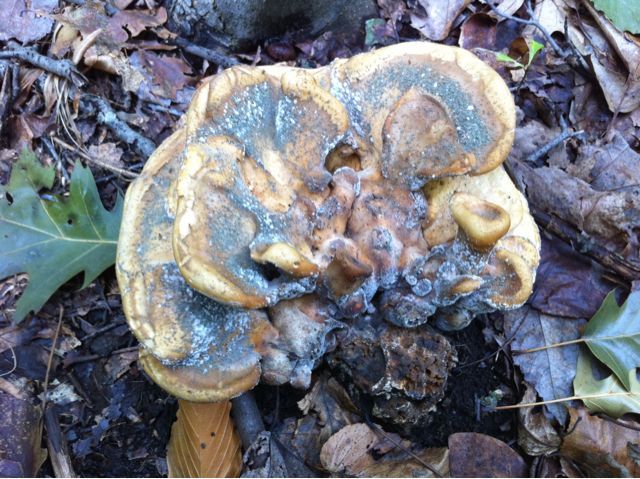 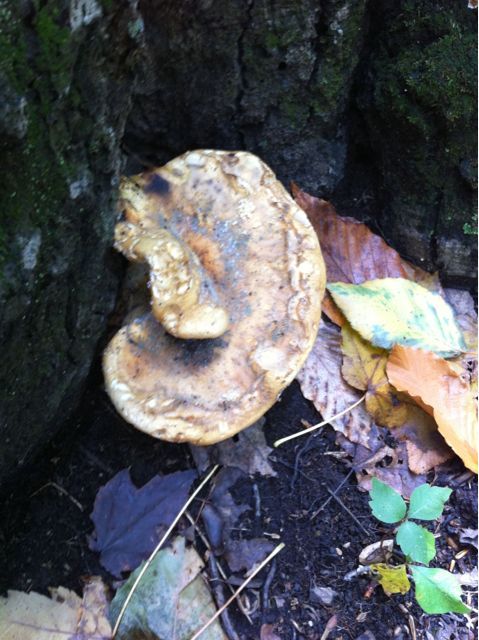 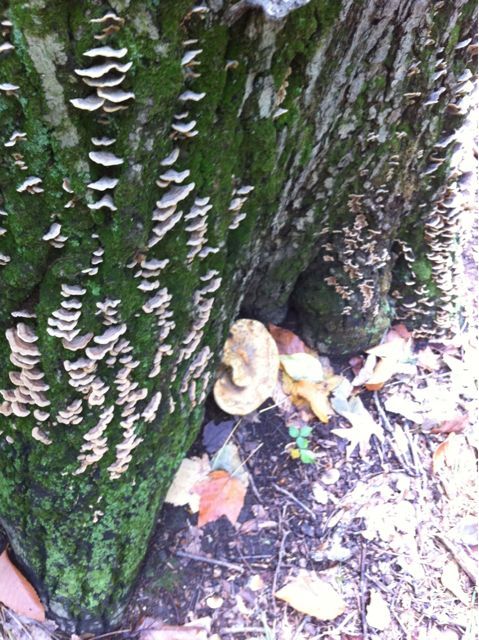 A zoomed out view of where it was growing. 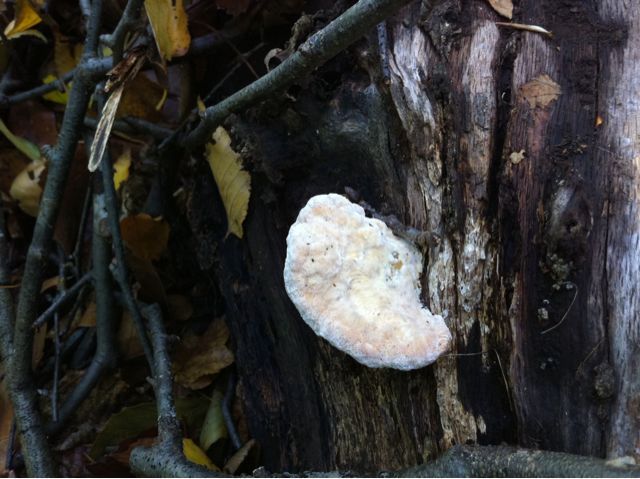 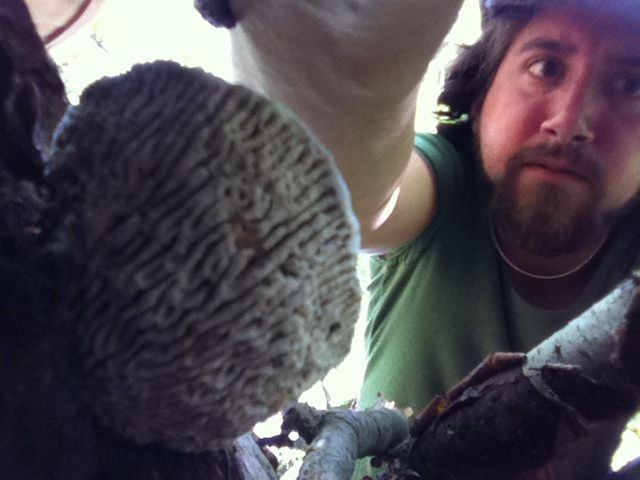 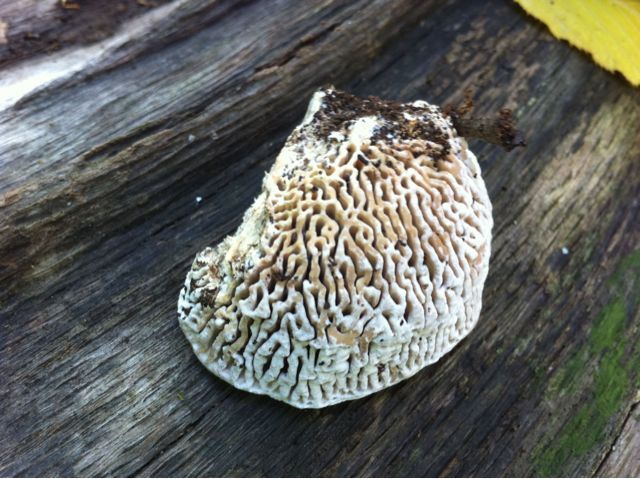 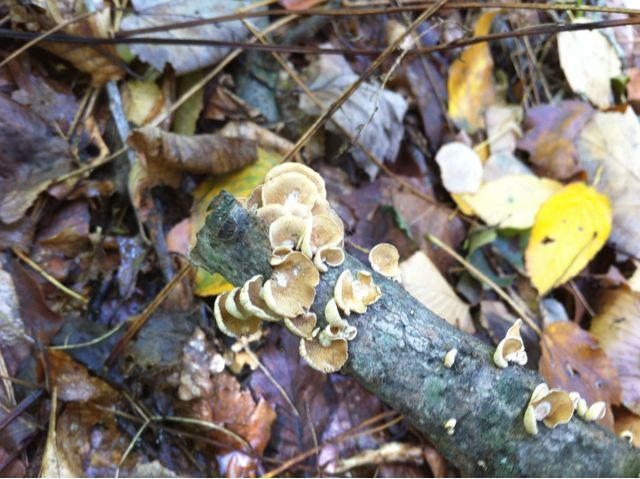 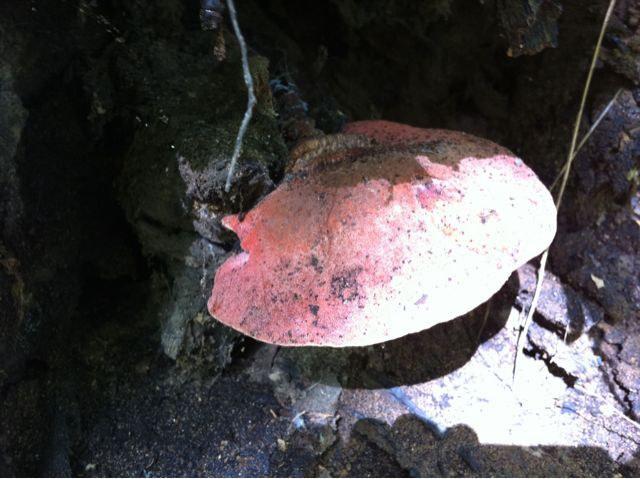 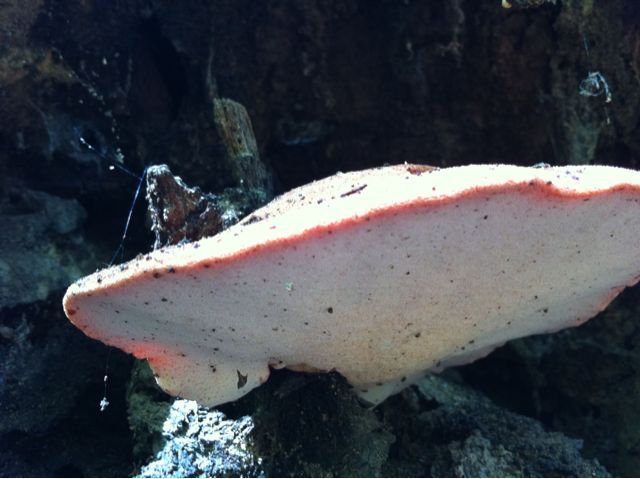 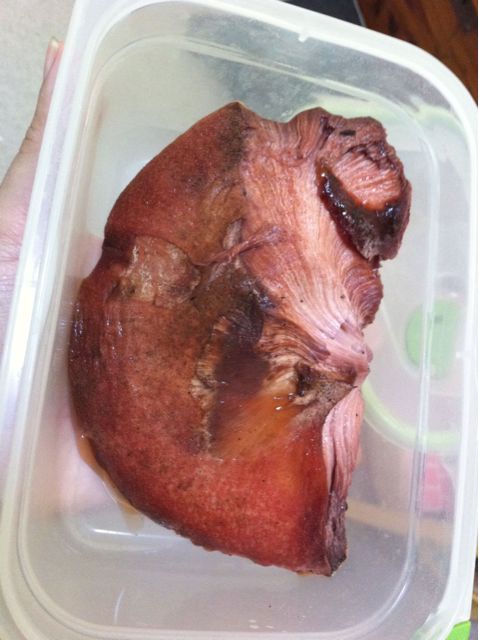 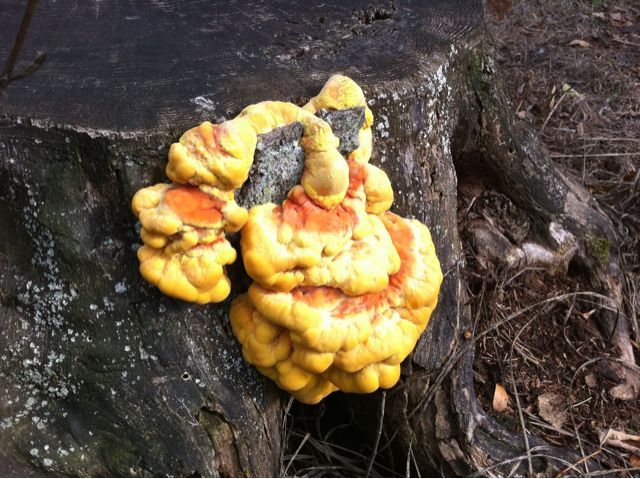 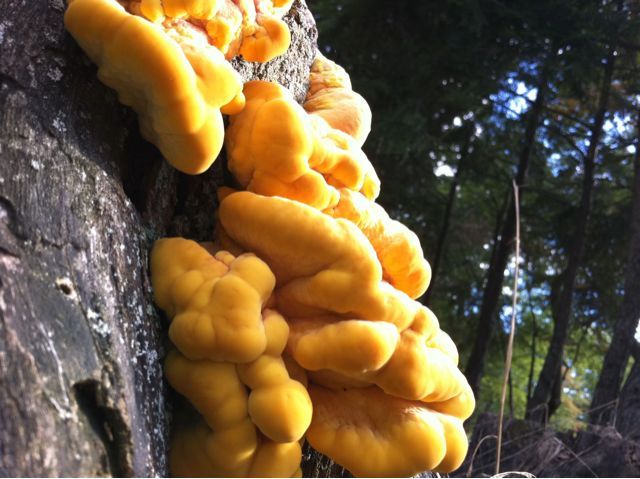