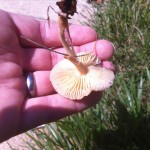 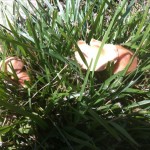 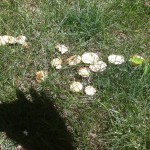 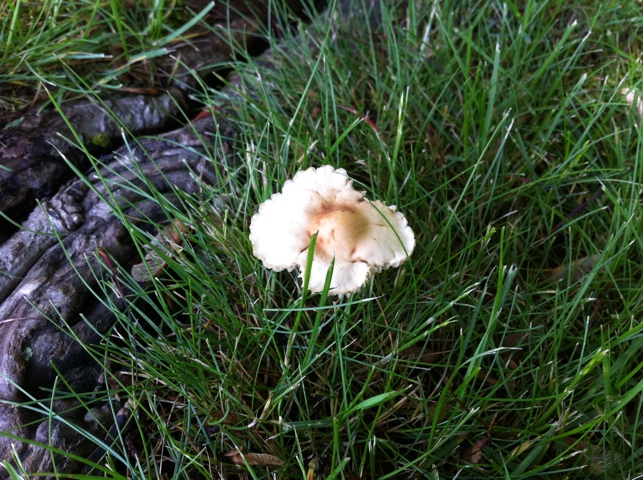 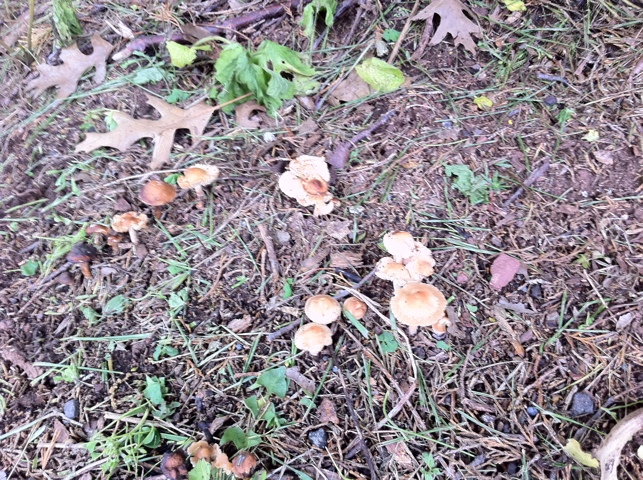 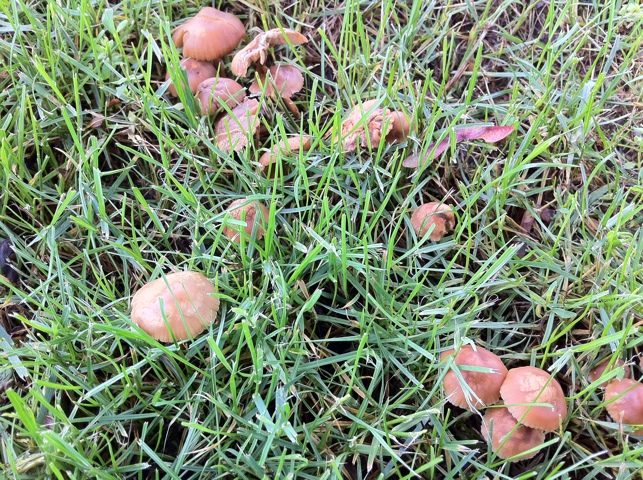 After two days of steady rain there was a huge bloom of mushrooms.

Here are some that we’ve pulled in so far. 🙂 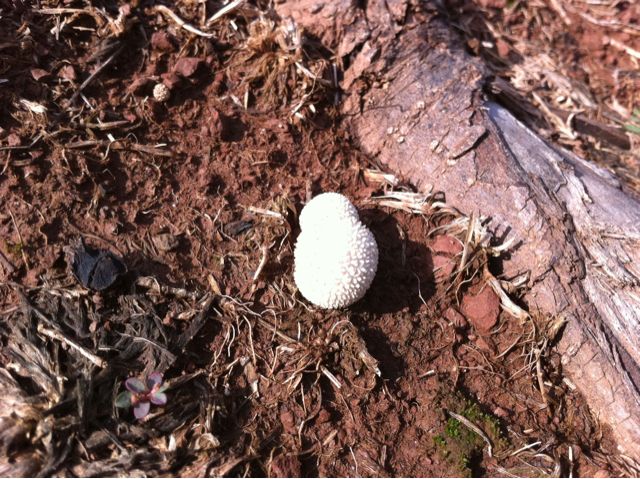 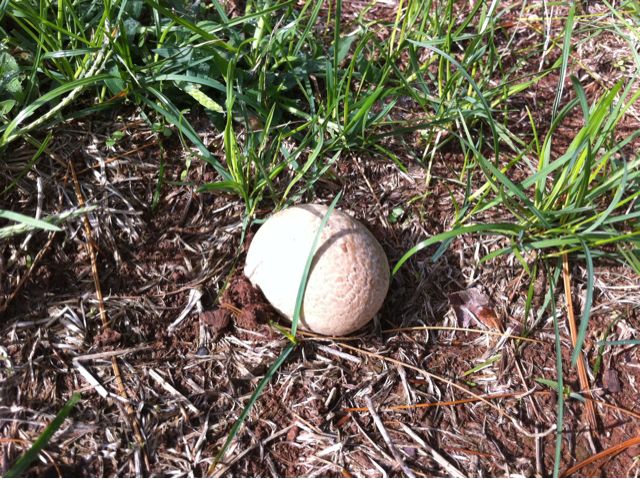 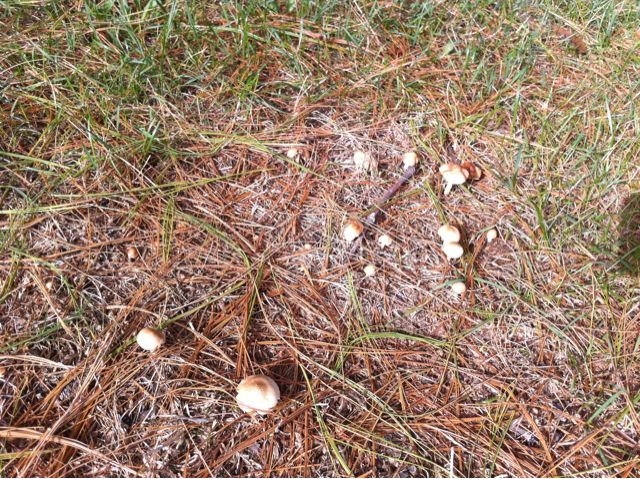 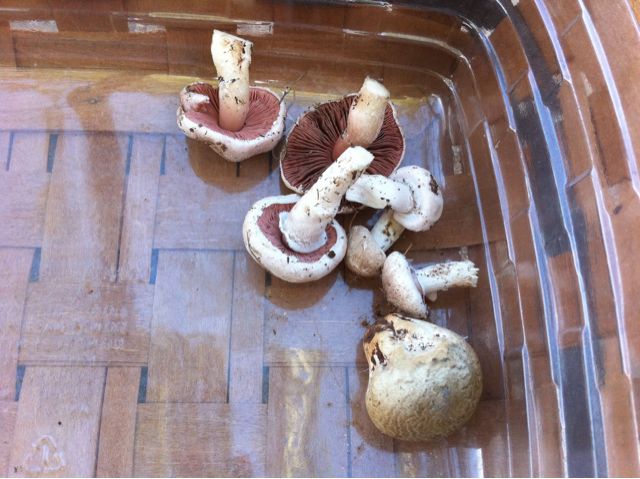 Agaricus campestris and one C. cyathiformis 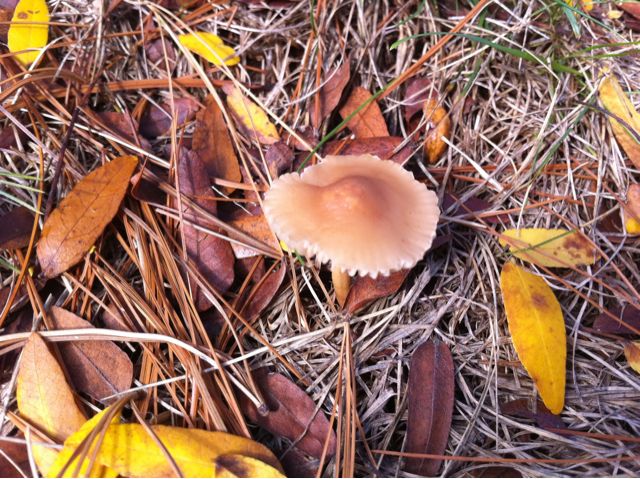 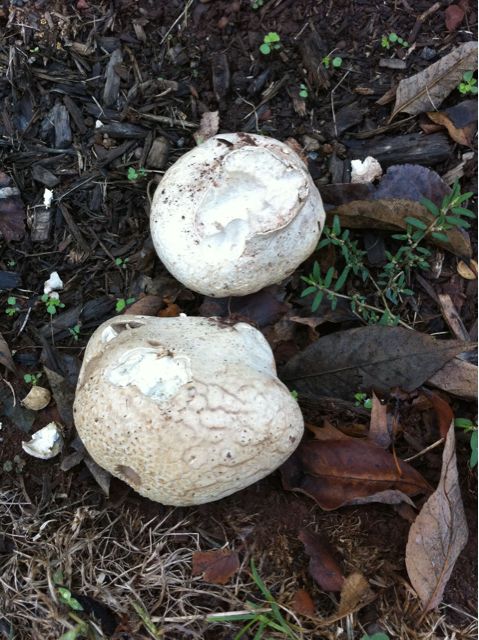 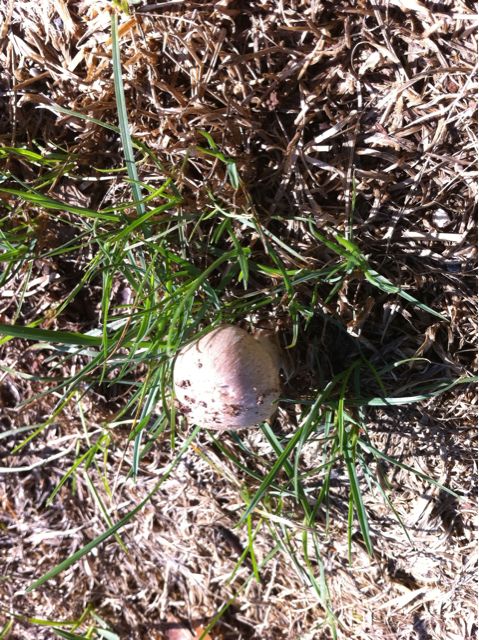 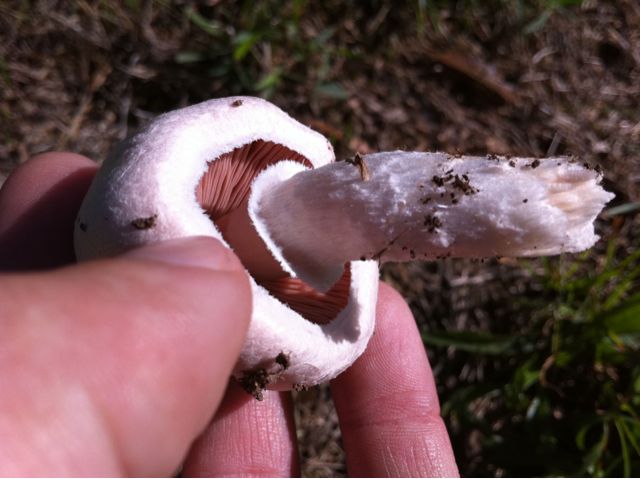 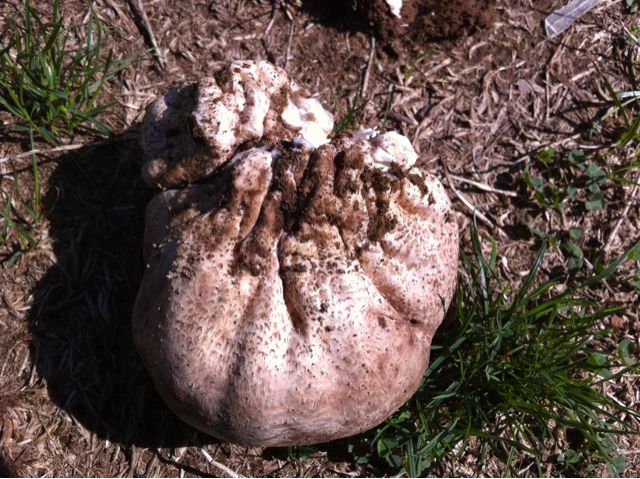 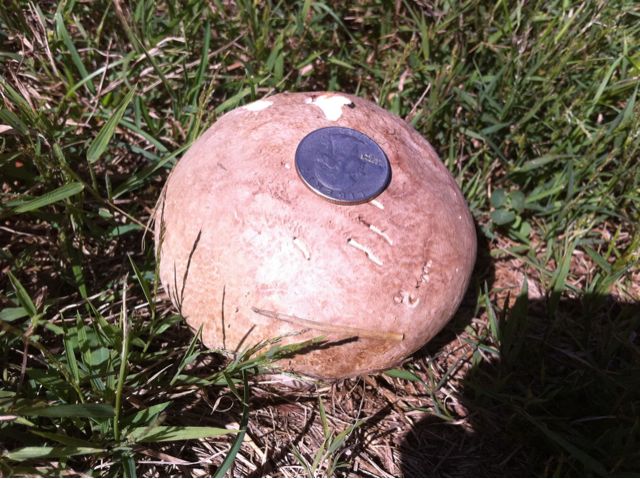 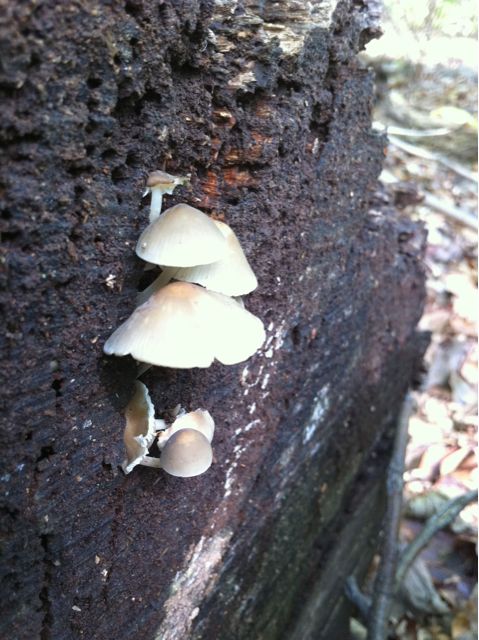 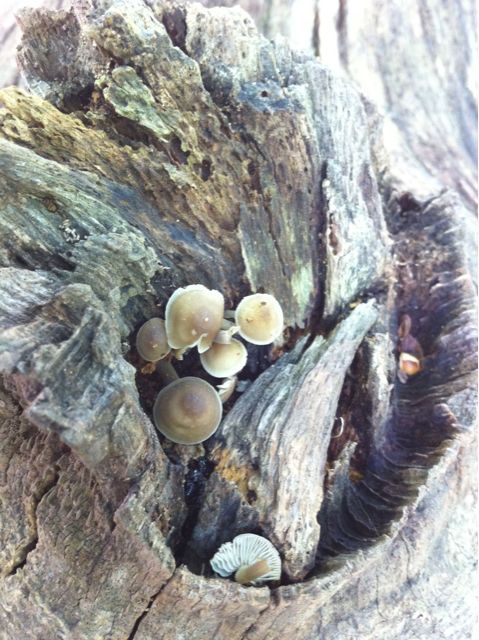 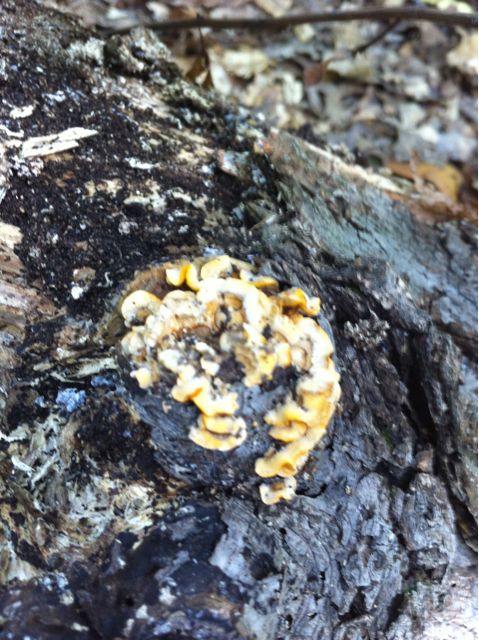 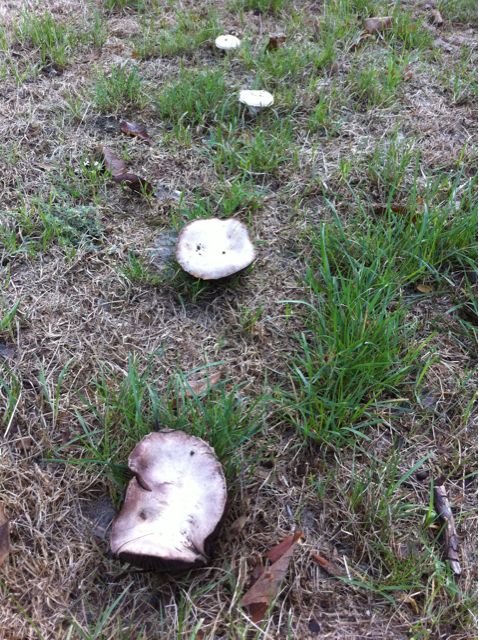 Drizzling all day today, so a few mushrooms popped. 🙂

Might go onto the woods and see if there are any more. 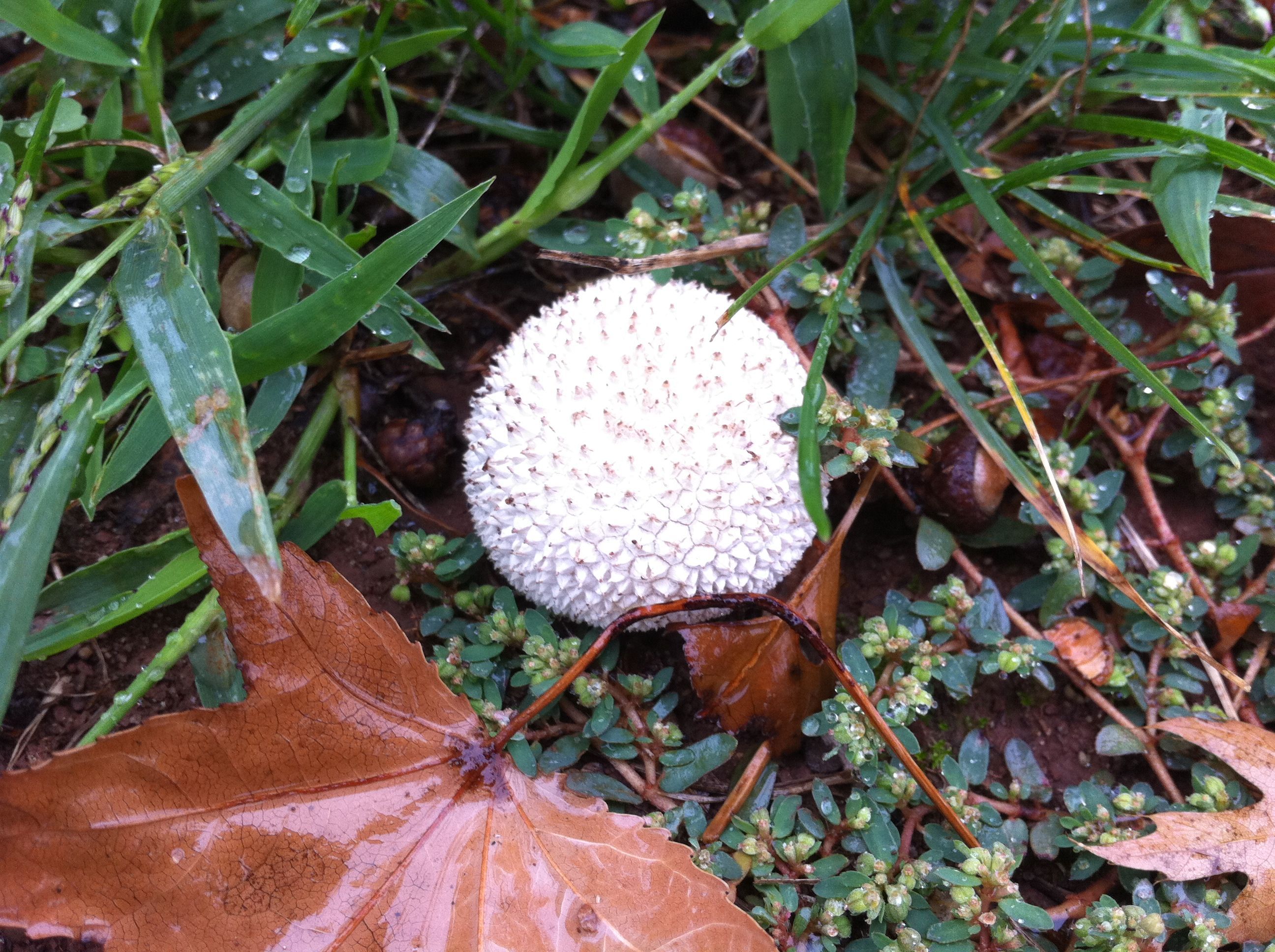 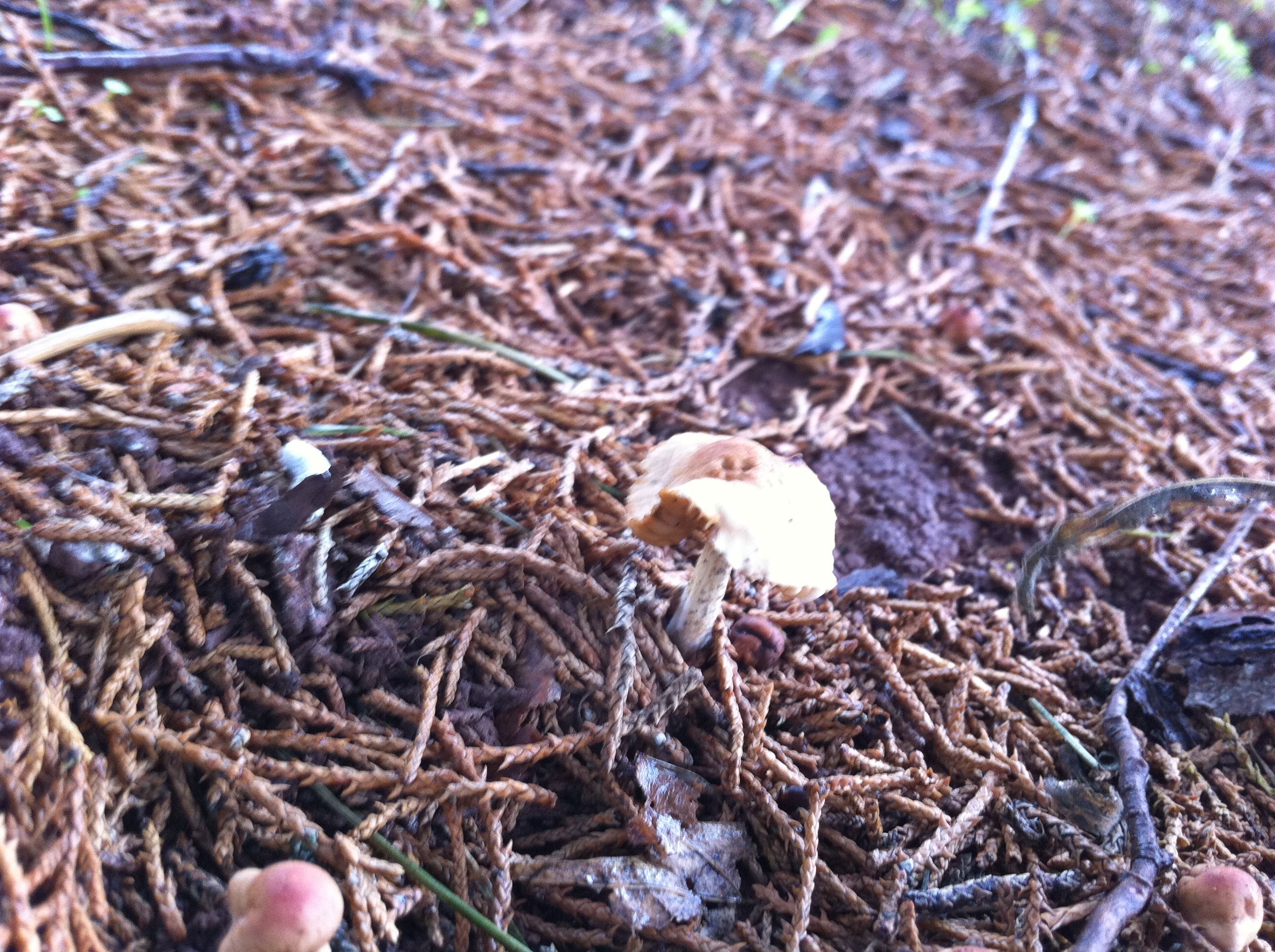 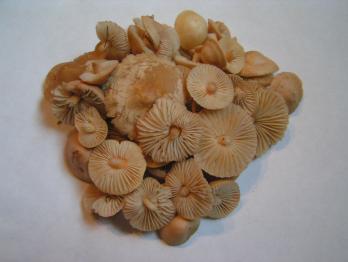 We pulled in enough Marasmius oreades caps to thread two feet of string. They are now happily drying infront of our heater.

I was surprised to bring in so many mushrooms at this time in the season. The weather has been whacky, so I’ll blame that. Below are some pictures of the two baskets that my wife and I brought in. I only wish that there was better light to take the photographs in as most of them came out grainy. 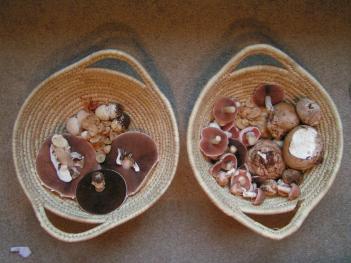 I’ll be going through each type of mushroom we came across in separate entries. 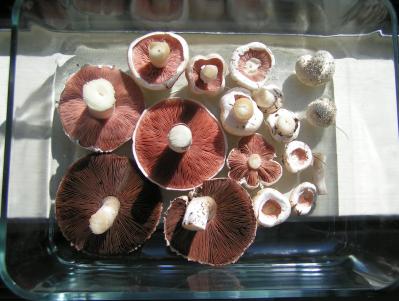 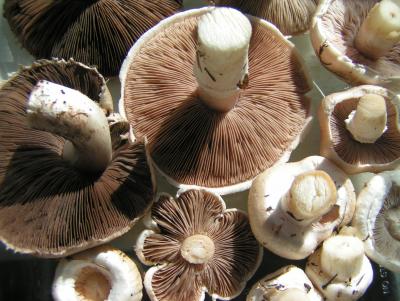 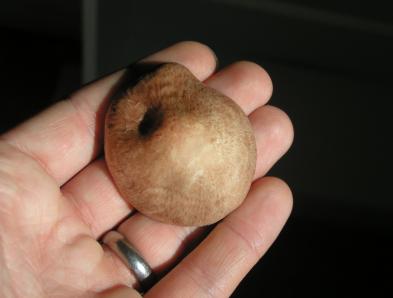 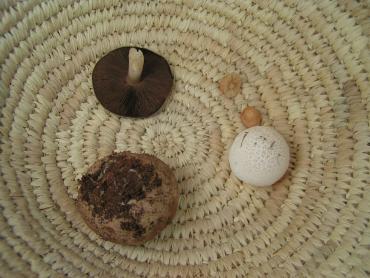